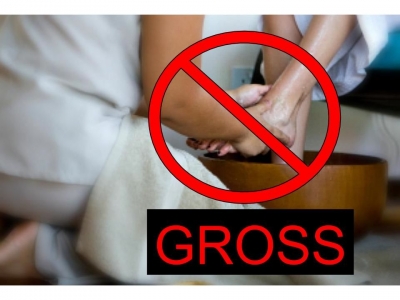 ◄ Back
Next ►
Picture 2 of 13
Some people think holding the feet during foot washing leads to a closer connection. A closer connection to their toenail fungus, maybe. (Photo via http://beautyminute.files.wordpress.com/2013/03/washing-feet-2.jpg)