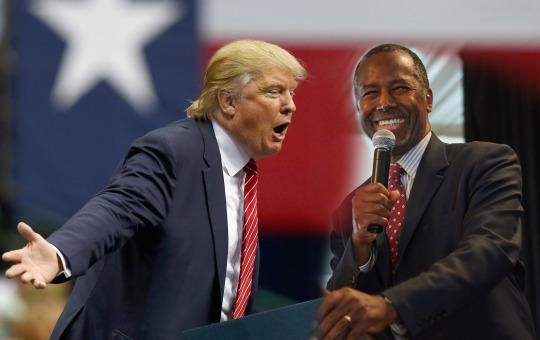 Trump was heavily critiqued when we was perceived to be trying to marginalize Carson by contrasting his own professed Presbyterian affiliation with Carson's denomination. Describing the Presbyterian church as "down the middle of the road" Trump said that he did not "know about" the Seventh-day Adventist faith.

A USA Today article portrays Iowa Republicans as adamant that Trump's attack on Carson's religion will not succeed. "It will fail miserably," said Mike Demastus, a pastor at Fort Des Moines Church of Christ in an interview with the publication. "For Donald Trump, as a name-only Presbyterian, to be criticizing somebody else for their faith statements is laughable. This is a guy who can't even quote a Bible scripture to someone."

Trump for his part, remains unfazed by the critique but determined to regain ground as Carson even passed him in a national poll: "I'll admit I didn't know much about Carson's faith until a few days ago but if signing up for a vegetarian, Saturday-obsessed church with a thing for beasts is going to get me back on top in Iowa, I'll do it. I already don't drink."