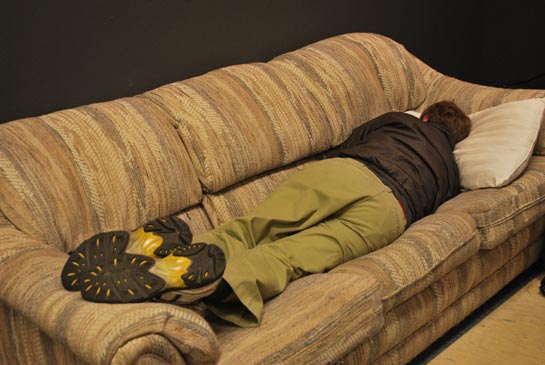 PASADENA, Calif — Sabbath afternoon naps are one of the most treasured benefits of being an Adventist if a recent survey of 10,000 Adventists from around the world are to be believed.

“There is something about the wiring of most Adventists that seems to shut down attempts at alertness immediately after veggie lasagna of any quantity is consumed on Saturday afternoons,” concluded the Fuller team.

The researchers said that the propensity toward committed Sabbath afternoon napping was remarkably widespread in Adventist circles around the world. “On this seemingly foundational principle, Adventists everywhere are united,” read the report.

Intrigued by the pervasiveness of the behavior, the Fuller academics compared the results of this year’s study to those of identical studies that have been held every 10 years since 1960.

“Enthusiasm for Saturday afternoon napping is a multi-generational phenomenon within Adventism,” reported the team. “Belief in the practice has remained solid as a rock for as far back as recorded data exists.”