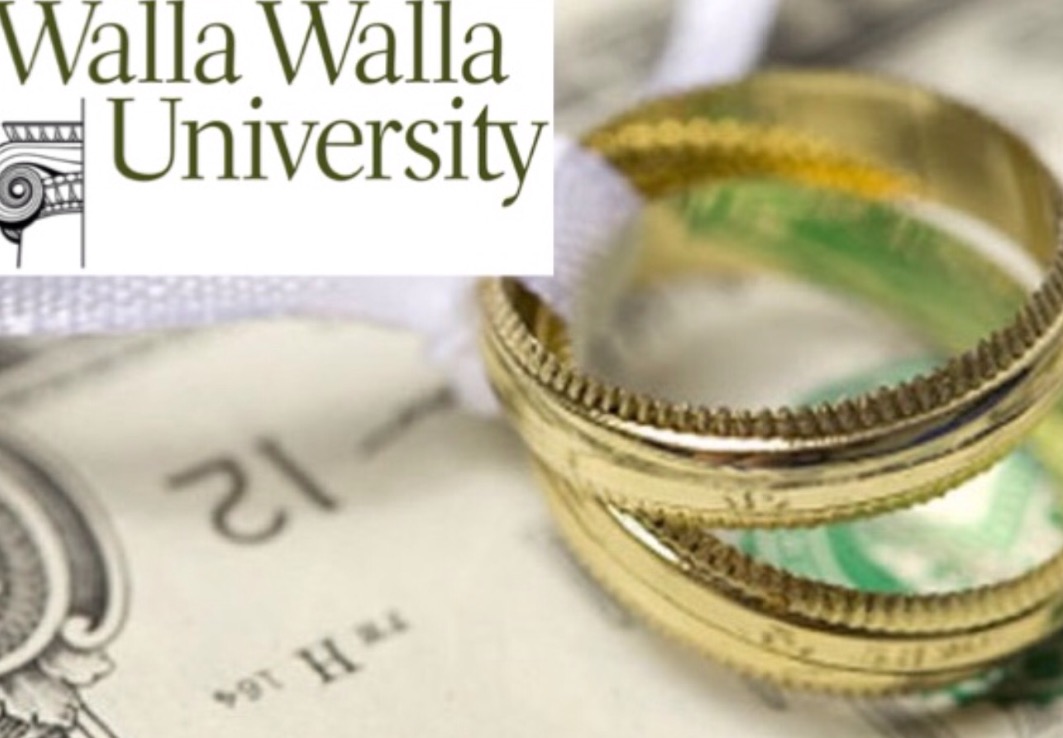 NEW YORK, N.Y. — In Forbes Magazine’s annual review of American wedding costs, a four-year-or-more education at Walla Walla University has been rated as the most expensive way to get married in the United States.

“While it isn’t the most expensive college education in the United States and not even the priciest Seventh-day Adventist college education, what sets Walla Walla apart is that the expected outcome is first and foremost marriage,” said Forbes researcher, Yokem Good.

“No one says much about GPA when a kid comes home from Walla Walla. But you better believe your parents want to hear how your last banquet went. That’s how you know that college tuition is seen as a wedding expense,” said Good. “Dropping over a hundred grand on a wedding before you have sent out an invite is a pricey way to go by pretty much anyone’s standards.”

Good said that Forbes findings at Walla Walla led to ongoing research into Seventh-day Adventists spending patterns. While they are normally “a penny pinching bunch”, Good says that this frugality does not extend to their approach to setting their kids up for marriage.

“What’s ironic is that, after spending way over a hundred grand finding a mate for your kid, Adventists then throw wedding receptions potluck style in decidedly unadorned church fellowships hall and serve genuinely unclassy, bulk-bought Martinelli’s of whatever flavor was on sale,” said Good.