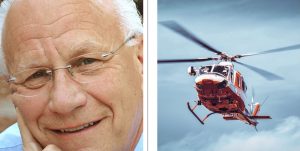 George R. Knight had been en route to a DC speaking engagement when church leaders were able to bribe his Adventist pilot with enough GC cafeteria free lunch coupons to instead land just outside the GC main entrance.

Knight was immediately escorted off the aircraft and into the denominational headquarters where he was whisked into a holding cell (also known as a board room) on the third floor.

Early reports say Knight will not be let out of a committee meeting that has already started until he takes back some recent articles or admits to writing them under the influence of gossip juice.