Follow me
FRASER VALLEY, BC — A two-day ice storm has devastated an Adventist-owned camp in Fraser Valley, British Columbia, reducing it to what Camp Director Petit Gerbile has likened to a “war zone.” There was one silver lining to the massive cloud of destruction represented by $200,000 of damage inflicted by the storm: Camp Hope’s horrible condition has led to its officially-binding designation as the Time of Trouble Training Headquarters for the Adventist Church. 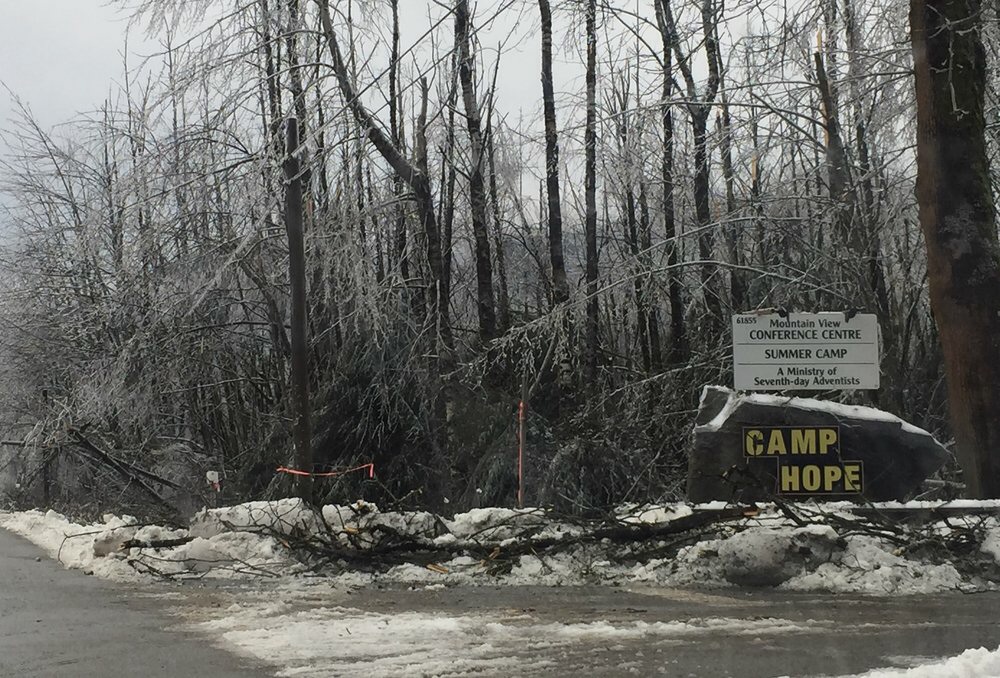 General Conference Time of Trouble Readiness Director, Max Tempete who toured Camp Hope yesterday, said that the conditions “were absolutely perfect” for his training program. “This place is a mess. No power, scenes of utter calamity everywhere and miserable, Canadian cold. I couldn’t think of a better context for Time of Trouble simulation exercises.”

The storm destroyed 40 power lines; broke the stained glass window of the camp chapel and damaged several camp buildings. Countless trees in and around camp were felled in a near-cinematic scene of natural wreckage.

Tempete said that the camp will begin accepting trainees as early as this weekend. “We’re putting an absolute stop to any and all clean up and repair efforts,” said Tempete, waving off a backhoe that was beginning to clear debris. “We’re very grateful to the many volunteers that have come out to help but unless they are willing to stay for the TOT crash course this weekend, they can return to their hockey games.”

“It’s an honor, I guess,” said Gerbile, digesting the GC takeover news as he stepped over a felled pine. “I’m pretty sure we’ll need the TOT training business as all our wedding and conference bookings have evaporated in the last 24 hours.”