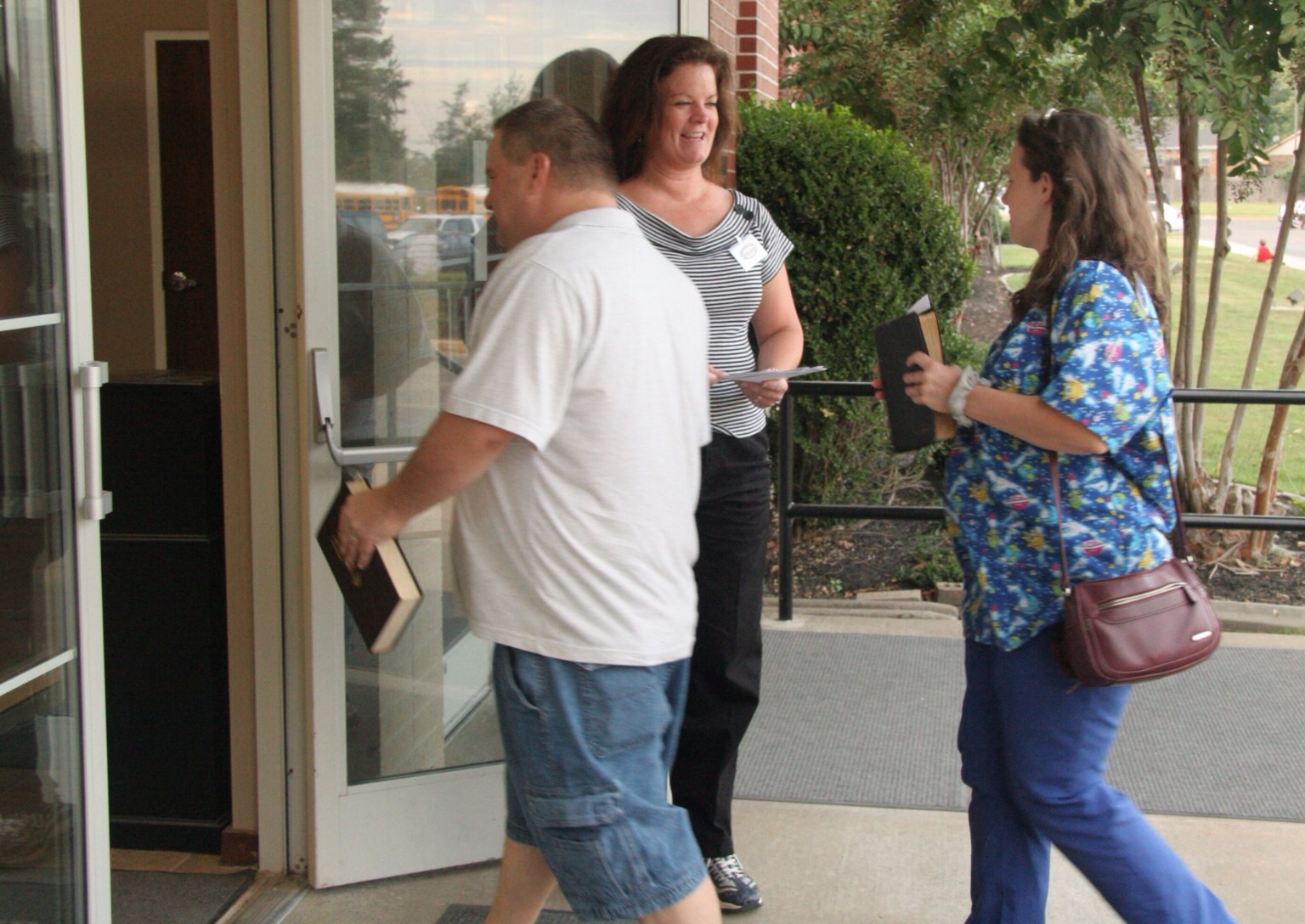 Those shorts have got “Newbie” written all over them…

SILVER SPRING, Md. — “Turns out ignoring new people isn’t a great church growth strategy,” said Kent Latherby, lead statistician for a group of sociologists that have been commissioned by the North American Division for a year-long investigation into dwindling church attendance across the nation.  Latherby said that according to the group’s findings, a curt “Happy Sabbath” by someone in the church lobby before you are shoved a bulletin has not helped boost attendance a lot either.

He said that somewhat counter-intuitively, these time-honored church hospitality traditions have actually reduced church attendance. He added that even in cases where church regulars selflessly gave visitors entire church pews to themselves, these same new people frequently would fail to notice the generosity of the gesture and have been known to move on to a new church or simply skip church by the very next Sabbath.

Adventists have reacted in different ways to the findings of Latherby and his team. “I would obsess more over visitors but I come to church to meet my friends and there’s only so much time available,” said Kay Sanders of Reno, Nev., explaining her lack of contact with new people. “If newbies need us to especially greet them they can always put their name in the guest book. That way they’ll get a special mention in the meet n’ greet.”

San Diego-based Rick Holster had a different take: “It’s not that we don’t want new people, we just want the right new people. I like to make sure they fit in first and then I get to know them.”

Holster said that although he is a staunch creationist, he sees the early struggles of new members or visitors as a “survival of the fittest” contest. “It can be a little rough at first but it’s a good way to weed out light-weights and short-timers,” said Holster.

Digesting the many reactions to his team’s research, Latherby said that he is not yet sure what to make of the data. “We are sending the findings back to committee to work out some recommendations for action,” he said.