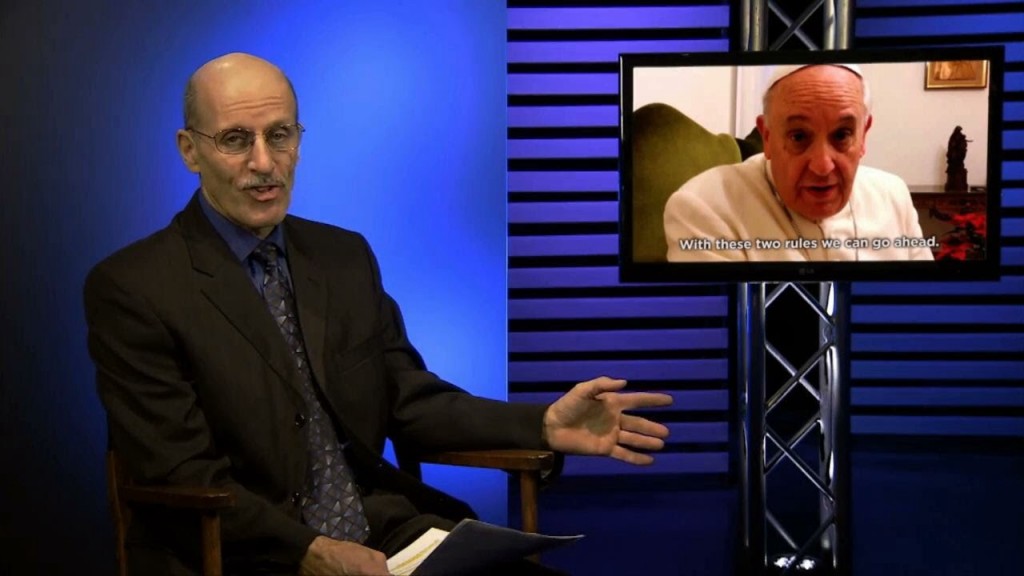 VATICAN CITY STATE — Vatican officials have confirmed that Adventist pastor and television personality, Doug Batchelor, was deported from Vatican City today. Batchelor was removed by Vatican security while he was filming a segment for his popular television show Amazing Facts.

Vatican officials cited “unprovoked negative propaganda” as the reason for Batchelor’s ejection. Although Batchelor himself has yet to comment on the incident, analysts were quick to point out that the TV presenter has been an unusually outspoken critic of Pope Francis and his policies. “His Facebook feed seems to be dedicated to bashing the Pope on the one hand and preventing his denomination from ordaining women on the other,” reported Christianity Today.

“Although Adventists have legitimate prophecy-related concerns about the role of the Papacy in last-day events, Pastor Batchelor’s incessant critique of the Pope’s every move has obviously ruffled some feathers,” said an unnamed GC official, responding to the news of Batchelor’s deportation. “While we appreciate Pastor Batchelor’s unquestioned sincerity, his narrow focus runs the risk of portraying our church and its members as being anti-Catholic and that is not the image we seek to cultivate.”

The same official mentioned that a church delegation will be welcoming Batchelor as he arrives at the General Conference for a debrief today. The message? “We love you. But seriously, cool it.”