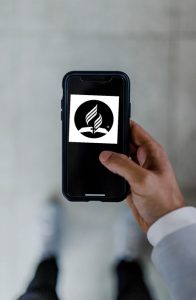 ADVENTIST WORLD – In a move to streamline its massively top-heavy administration, the Adventist Church is eliminating conference presidents in favor of a new app that promises to do the job in less time and without all the political maneuvering.

The new app is called EG Double You and developers say she comes pre-ordained, straight from the app store.

EG Double You can run Executive Committee meetings far more efficiently than human conference presidents, is 100% COVID-resistant and can make a heck of an offering appeal.

Developers claim EG Double You also can work around the clock without so much as a swig of Pero to revive her spirits. She shuts down Conference worker phones on Sabbath.