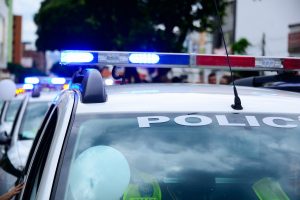 Earnest Plodir placed the 911 call about halfway through the sermon after his repeated glares at the youth leader seated behind him failed to so much as persuade the young woman to look up from her screen.

Plodir beamed with satisfaction as officers burst into the sanctuary. He pointed gravely at the young offender he’d reported for disturbing the peace.

With the service at a complete standstill, officers questioned the utterly confused “texter” who explained that she was simply live tweeting the sermon per a brand new social media initiative Plodir had never bothered to understand.

The service resumed 20 minutes later as police finished lecturing Plodir on reporting false emergencies and the now-demoted former elder was sent to the parking lot to start directing exiting traffic.