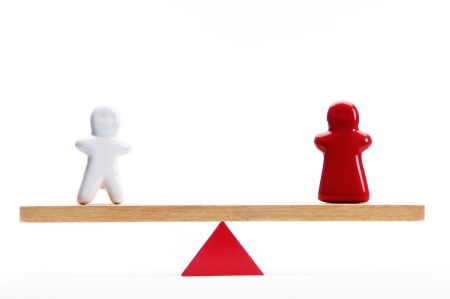 SILVER SPRING, Md. — “We may well ordain women as pastors one day,” said General Conference spokesperson Desmond Redford at a press conference held this morning. “We just want to make sure that men and women are viewed as equals in every major culture before we go and do anything rash.”

Redford’s comments accompany a GC statement released today. The statement explained that the Adventist church has not said that female ordination is unbiblical but that the practice was currently prohibited in order to preserve global church unity.

“The world church will only take action on this matter as a united front. We will officially sanction female ordination as soon as we all are in favor of having female clergy,” read the statement.

“Passions run high on this topic and everyone knows that we we can’t risk upsetting the global status quo by going against centuries old culture,” said Redford to journalists assembled. “This issue requires patience on both sides. In the meantime women are free to run Cradle Roll and plan all the potlucks they want.”

Asked whether he thought that global cultural consensus on gender equality would be achieved this side of the Second Coming, Redford announced he would be taking no further questions and concluded the press conference.