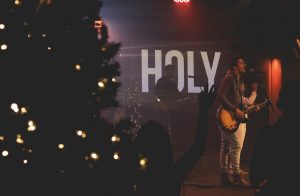 CELEBRATION, Calif. — Nobody at Joyful Shout SDA can hear a thing a full 24 hours after a Christmas concert at the church that ended with an ear-splitting performance of Silent Night by a band consisting entirely of aging Milennials.

“The only thing I could hear after that song was a very un-Christmassy ringing in my ears and that gave way to deafening (pun intended) silence,” said lifelong parishioner, Frank Lopez in a status update.

Matilda Hawkins, a close friend of Lopez, commented on Lopez’s update lamenting her mistake of securing a front-row seat for the concert and not leaving after the first half of the event which had consistently entirely of a cappella Pentatonix covers.