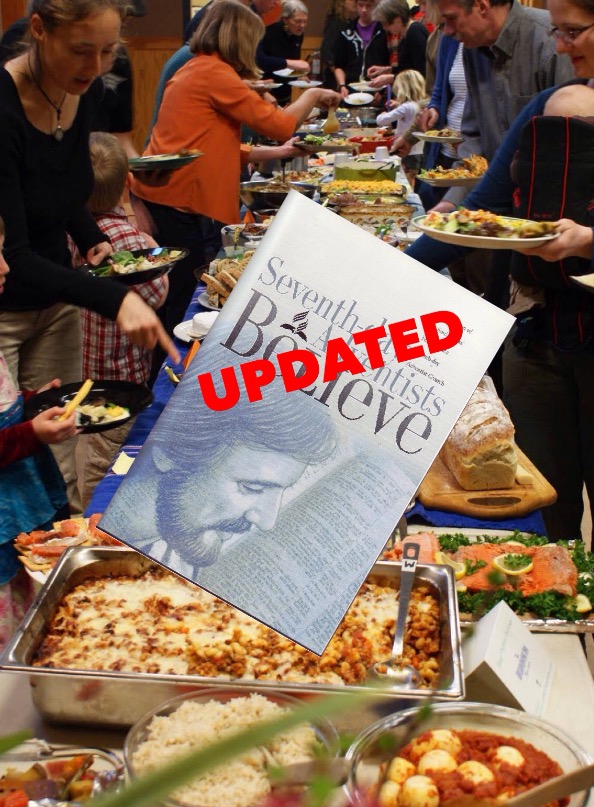 SILVER SPRING, Md. — The General Conference of Seventh-day Adventists released an update of its list of official sins. The list, which featured such sins as “opening your eyes during prayer,” and “not saying ‘Happy Sabbath’ on Saturday,” now has a new one: “Going to potluck without contributing your own dish.”

GC Director of Freeloader Management Fribey Fyndur said that as the Adventist Church grows, a troubling trend of entitlement is spreading among membership.

“Some of our flock seem to think that just because you are Adventist you can go crazy piling your plate with veggie meat at potluck without ever bringing your own dish to share,” said Fyndur. “That’s not going to fly anymore.”

Although Fyndur said that past offenders would be shown grace because “they knew not the law,” he said the new edict would make future transgressions “big-time sins, on the same level as creeping up for potluck seconds before more patient church members have made it through line once.”