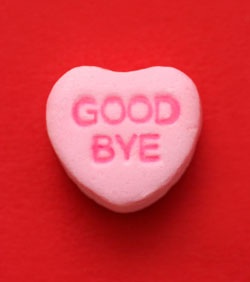 LINCOLN, Neb. — The infamous break-up line, “It’s not you, it’s me,” has been uttered hundreds of times over the last several hours at Union College. As soon as families left campus to return home after Parents Weekend, hastily-arranged romances began to crumble all over campus.

“There was no way I was not going to have a boyfriend to show off to my mom and dad for Parents Weekend,” said Sophomore Nursing major Stephanie Mirande, before admitting that she and her boyfriend had called it quits soon after Sunday morning’s farewell breakfast to parents. “My ex dealt with it well. I think we both realized that we had kinda rushed the romance to look good for our parents.”

“I was a little bummed about getting dumped while I was on my second pancake this morning,” said Freshman Art major Seth Burton ,whose ex-girlfriend’s parents had left a little early to catch a flight. “It’s cool though, I just got here. I’m sure I’ll be OK if I bring my A-game to a banquet or two this year.”

“Parents Weekend is no joke,” said Junior Business Administration major Jeremy Huntsman, who didn’t even succeed in snagging a temporary relationship for the occasion. “Every time my mom steps foot on campus for Parents Weekend she asks me if I have a girlfriend yet. It’s like she wants to see a return on investment.”

Huntsman added that although he was unsuccessful in finding a girlfriend this time around, he is sure he can get his act together by Christmas. “I heard Stephanie Mirande is single again,” he said hopefully.