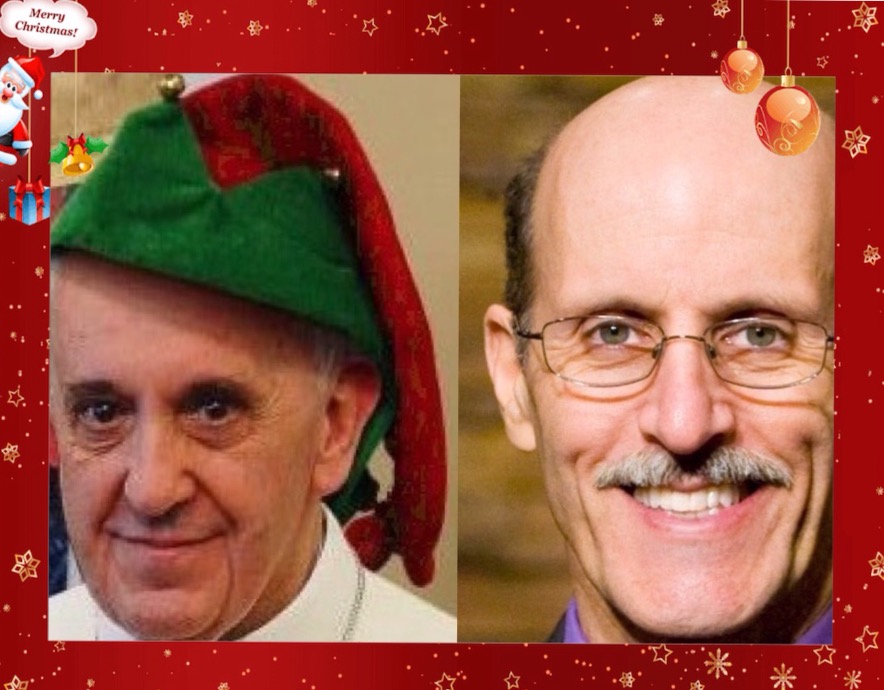 ROSEVILE, Calif. — An unexpected Christmas card from Pope Francis was delivered to veteran Adventist evangelist Doug Batchelor today. After wishing Batchelor a Merry Christmas, the Pope added that “all is forgiven” and thanked Batchelor “for all the free publicity this year.”

General Conference analysts are pouring over the card to find clues as to why it was sent. Andrews University Interfaith Dialogue researcher, Tredd Soflee, pointed to Batchelor’s “incessant attacks on the Pope and the Vatican as the likely culprit.”

“Adventists understandably disagree with Catholic doctrine and are sincerely wary of the Vatican’s role in End Time Events but if we get obsessive about reading into everything the Pope does, we look downright combative,” said Soflee.

He said that, “Pastor Doug’s Facebook wall is overrun with scathing papal updates and rebukes that encourage a lunatic fringe in Adventism that thrives on Pope bashing. That’s not what we need or want.”

Soflee stressed that too much of a focus on papal activities is downright counterproductive: “When even the Pope thanks you for free publicity you start to wonder if you should tone it down a little and avoid becoming the boy that cried wolf.”

After some reflection Soflee admitted that his main take on “the card fiasco” could, itself, be a little off base. “Who knows? Maybe those two exchange Christmas cards every year…”