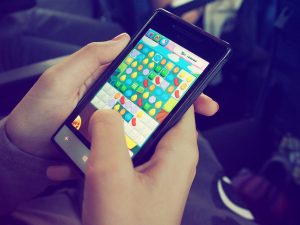 SILVER SPRING, Md. — TikTok native Ben Streemur was a logical recruit to the GC’s digital evangelism initiative when he finished college last summer. Graduating with a theology and marketing double major from Southern, the assumption was that Streemur would be the digital Doug Batchelor.

These assumptions proved overly optimistic as Streemur was repeatedly caught indulging his Candy Crush addiction on the job over the course of his first week.

When he should have been sending out notes of encouragement and invitations to Zoom calls, Streemur was instead glued to his phone, trying to beat his best score.

The only thing that sobered up the young digital evangelist was a warning that if he didn’t develop some focus he would be reassigned to selling vegan cookbooks door-to-door.