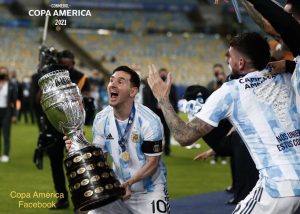 BUENOS AIRES, Argentina —— Moving vans are currently en route to Buenos Aires after a decision by Adventist leadership to move the South American Division headquarters to the Argentine capital.

“Our hearts are heavy but faced with the Argentina victory at Copa América we didn’t really have a choice,” said an SAD press release. “Fútbol decides a lot around here.”

Division leadership admitted it would be a long time before the quality of the Brazilian soccer team triggered discussion of moving the Adventist headquarters back to Brasilia.

The Adventist leaders said that although they lived in faith that the Buenos Aires decision was not permanent, some athletic works were necessary before things would change.

“For now we are Porteños.😭”