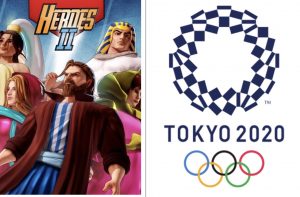 TOKYO, Japan – To strengthen the appeal of the upcoming Tokyo Olympics, organizers have added the first e-sport of the games. The new event will feature biblical experts from around the world competing to win the highest Heroes 2 Bible trivia game score.

While most of the gamers have Adventist backgrounds, a number of Bible students coming from other denominational backgrounds qualified for the event as well after proving a history of vegetarianism.

Directly before each stage of the competition, the e-athletes will be tested for any trace of carob in their blood as the substance is known to give players an unfair advantage.

Controversially, the Heroes 2 Olympic semi-finals will take place on a Saturday. General Conference officials have reportedly signed off on the unusual scheduling as Heroes 2 is a Sabbath game.