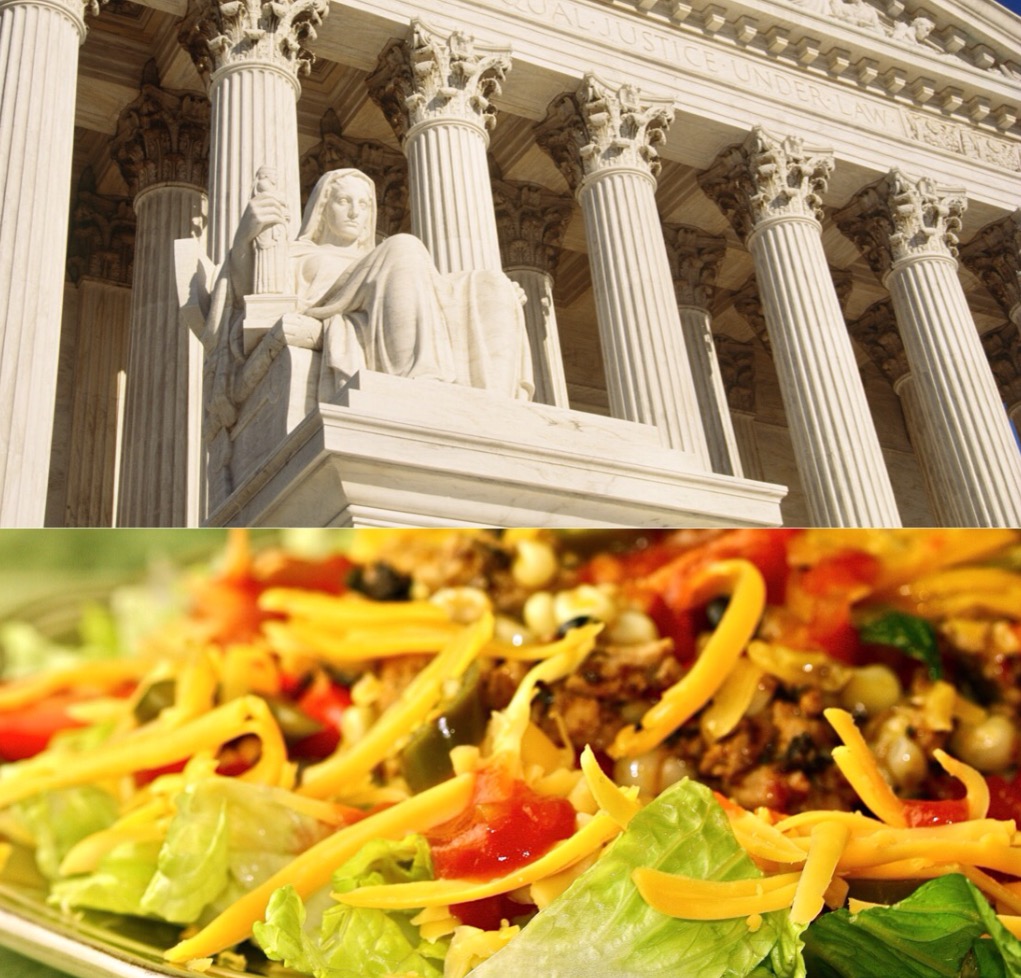 WASHINGTON, D.C. – A growing legal dispute between the Seventh-day Adventist and The Church of Jesus Christ of Latter-day Saints is headed for the US Supreme Court. At the heart of the battle between the two normally cordial churches, is an intense disagreement about which church invented the taco salad dish known to both as “haystacks”.

“I like the Mormons but they don’t have a leg to stand on when it comes to who came up with haystacks,” said a spokesperson for the General Conference of Seventh-day Adventists, Ekumen Acahl.

“The historical record is clear: both Ellen and James White were huge haystack fans and not a revival meeting went by without the faithful heaping huge dollops of sour cream onto sagging paper plates as they battled the New England cold,” said Acahl.

He said that the “Hawaiian Haystack,” popular at Mormon ward potlucks and featuring pineapple chunks, “clearly is some kind of a spin-off from a highly Adventist dish which brought health and vitality to the ailing way back in the early days of Battle Creek Sanitarium.”

Neither church is willing to give an inch on what both sides have taken to calling “our haystack heritage” and the Supreme Court is likely to hear the case early next year.

Acahl says the Adventist church is confident of victory in the dispute. “The only complicating factor is that apparently the Mennonites also call their taco salads ‘haystacks.’ And they’ve been around forever.”