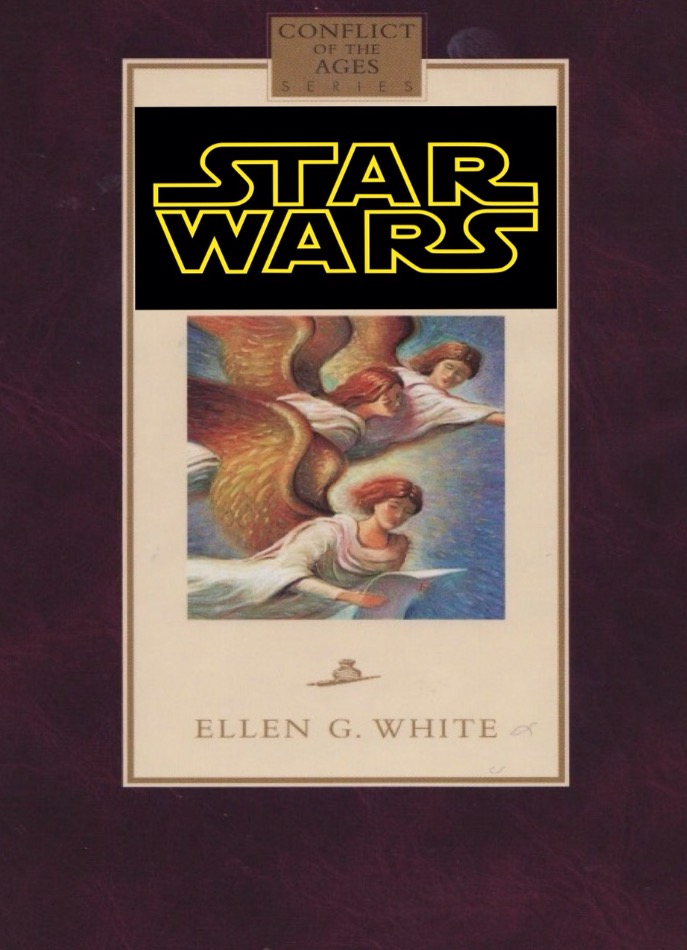 General Conference public relations director, Spihn Saikal said “even if we would never condone watching movies in the theater, everyone’s talking about Star Wars right now so we thought we’d cash in on the trend and get the word out about this amazing book.”

Explaining the church’s rationale further, Saikal said that there “is ample galactic drama going on in The Great Controversy. We are sure that the huge public interest in Star Wars: The Force Awakens will translate to lots of new The Great Controvery readers now that we have modernized the title.”

The decision has GC officials buzzing with adrenaline about the awareness the rebranding could bring to the much-quoted Adventist book. About the only person not excited at the church headquarters was a worried attorney stressing about trademark infringement.