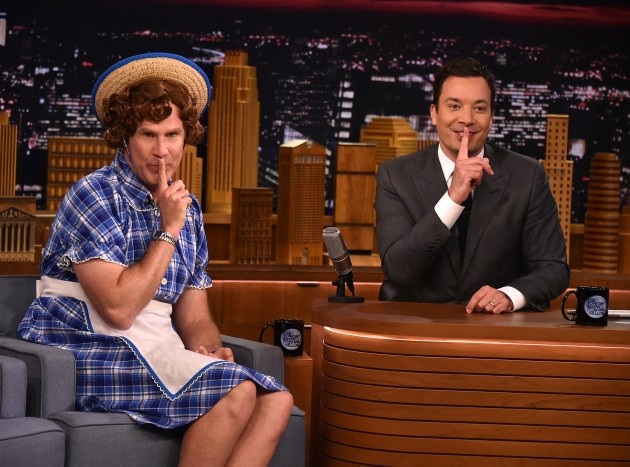 BURBANK, Calif. — Three days after introducing Jimmy Fallon and America to his new Little Debbie persona on “The Tonight Show,” Will Ferrell shocked the Adventist world with the announcement of his conversion to Adventism.

“I was doing research to really get into my Little Debbie role and while snacking on a zebra cake I came across the fact that McKee Foods, the company behind the Little Debbie’s brand, is Adventist-owned,” said Ferrell in an interview with the Hope Channel. “So I decided to visit an Adventist church to further immerse myself in the new character.”

Ferrell said that on his very first visit to an Adventist church close to Burbank, he was invited home to a family lunch by Dorothy Taylor, “a lady who literally acts and dresses almost identically to my new Little Debbie character.”  Ferrell was so impressed by Taylor and her family’s Sabbath lunch hospitality that he made a point of visiting the family regularly.

“When I told Dorothy that I was planning on copying all her mannerisms for my Little Debbie act, she volunteered to coach me,” said Ferrell.  In between coaching sessions at the Taylor house, Ferrell said that his new friends gradually began to share what he called  “their quirky, vegetarian, Jewish-like Christian faith with a no-smoking, no-booze health message that makes room for snack cakes.”

By the time Ferrell was adequately prepared for “The Tonight Show” appearance, he had given much thought to spiritual matters as well.  “I was ready to get dunked,” he said.  Wasting no time, the star got baptized the Sabbath before his Tonight Show appearance.  “I did not dress in drag,” said Ferrell to concerned Adventist reporters.  “But the robe they gave me still felt like a dress.”