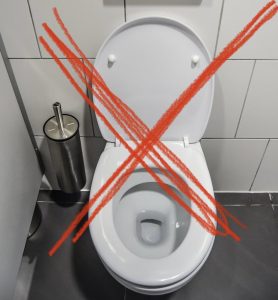 To reinforce the ban, deacons have been given the authority to lock bathroom doors immediately before offering appeals and only re-open them after the basket has been passed throughout the entire congregation at least once.

Dime said that leadership had briefly considered the option of allowing for bathroom breaks during offering time but charging a “donation” to use the toilet.

“We had to throw that idea out when members threatened to bring whips into church in retaliation,” said Dime.