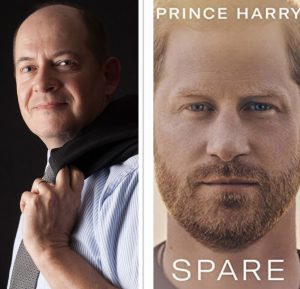 SILVER SPRING, Md. — Wildly inspired by Prince Harry’s tell-all autobiography, General Conference VP Will Exitlit, promised himself this morning to celebrate his retirement day with the publication of an exhaustive volume detailing every slight he’s endured over his last several decades in Silver Spring.

Barely able to contain his excitement, Exitlit jotted down the initials of a few particularly annoying colleagues to which he planned on dedicating entire chapters.

Dreaming of royalties flooding in to boost his denominational pension, Exitlit summoned strength to soldier on through his current term while readying a manuscript that would be ready to go if he wasn’t re-elected.