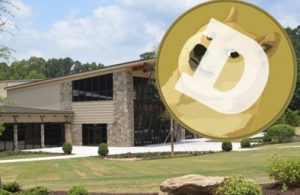 “We’ve always been future-minded,” opened the letter to parents from the academy business office. “It should come as a surprise to nobody that we have taken this step.”

The letter said that Adventist education was ripe for reinvention and that accepting a currency with “such an adorable Japanese hunting dog as a logo” was the logical thing to do in these uncertain times.

“Dogecoin has always been promoted as the fun and friendly internet currency,” said the academy in its announcement, adding that this made it a perfect fit for the school’s culture.

In related news, Shiba Inu dogs were recently added to the campus security team to show the school means business.