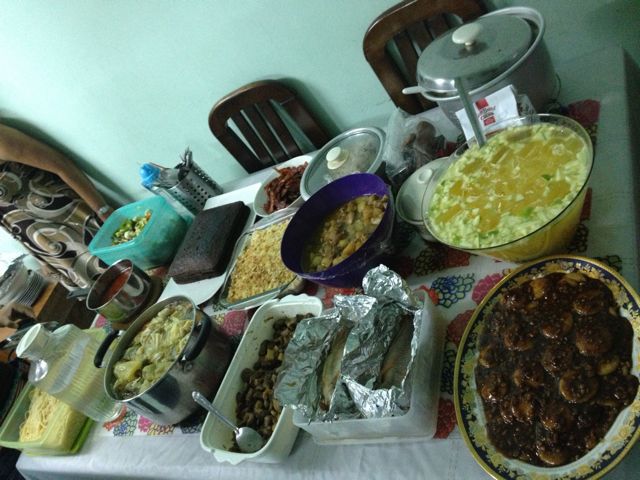 SILVER SPRING, Md. — There has been a growing realization on the part of many church officials at the General Conference of Seventh-day Adventists that the quality of potlucks in many Adventist Churches worldwide is slipping.  High-level meetings aimed at finding a remedy to this gastronomical backsliding have been in process for months.  According to a leak from a closet carnivore on one of the committees, these are the main takeaways so far:

Straight-up-nasty dishes will be banned — Pastors will be required to appoint a Quality Control officer for church potlucks effective immediately.  Quality Control officers will keep written records of repeat offender members who bring nasty dishes to potlucks.  If these offenders leave the potluck with more than half their dish uneaten, they will be asked not to bring anything for a while or, if they agree to keep things simple, they can bring haystack ingredients which are almost impossible to mess up.

More Special K Loaf — Church administrators are reportedly “straight up pissed” about having to make the long trip out to local churches and preaching their hearts out only to find that complacent members have neglected to make enough Special K Loaf.  For this reason, all potlucks are now required to feature a “Special-K-Loaf-and-appropriate-variations” section that must comprise at least 1/4 of the potluck spread.

Food poisoning from Adventist Potlucks — “I crapped my pants two weeks in a row!” complained one over-traveled church exec during testimony time in one of the high-level GC potluck meetings.  In response, a comprehensive alpha-listed directory of churches with unsanitary potluck prep practices is being developed for an upcoming announcement on the Hope Chanel.  Name and shame.

Extreme boredom — As much as the General Conference is serious about its health message, it seems a few local churches have been taking it too far.  Stiffly-worded warnings have been issued to the pastors of said churches by their local conference presidents after complaints of various veggie meats that taste worse than IKEA food.

Crap presentation — An internal poll of the roughly 50 General Conference potluck committee members returned the following results: 75% felt that far too many dishes at local church potlucks resembled dog food and 50% reported having to fight a gag reflex at the sight of some bean soups.  For now, though, officials are deciding to let this infraction slide given the fact that aesthetics have never been an Adventist strength (Google “Adventist dress code” for evidence).

Dropping the serving spoon in the dish — There were also some concerns regarding behavior of members at potlucks.  By far, the most infuriating behavior to visiting church dignitaries was the tendency of some careless members to drop the serving spoon in the dish.  Three Division presidents in the Potluck Committee were especially grossed out at frequently having to fish around in soupy vegetable curries for serving spoons.  Churches will now be instructed to include appropriate guidance on potluck self-serving etiquette via bold-fonted bulletin inserts.

Hovering — Finally, a word to greedy church members that are trying to game the potluck system by “hovering” (any practice that involves hanging around the serving table for longer than strictly necessary).  This is “way uncool,” said a youth pastor representative on the committee.  “I hate how some people think it’s OK to just hang out at the potluck table and finish all the good stuff before the rest of us can make it back up for seconds.”  Suggested discipline for hoverers is immediate assignment to toiling over non-work in the dish room after Sabbath potluck.