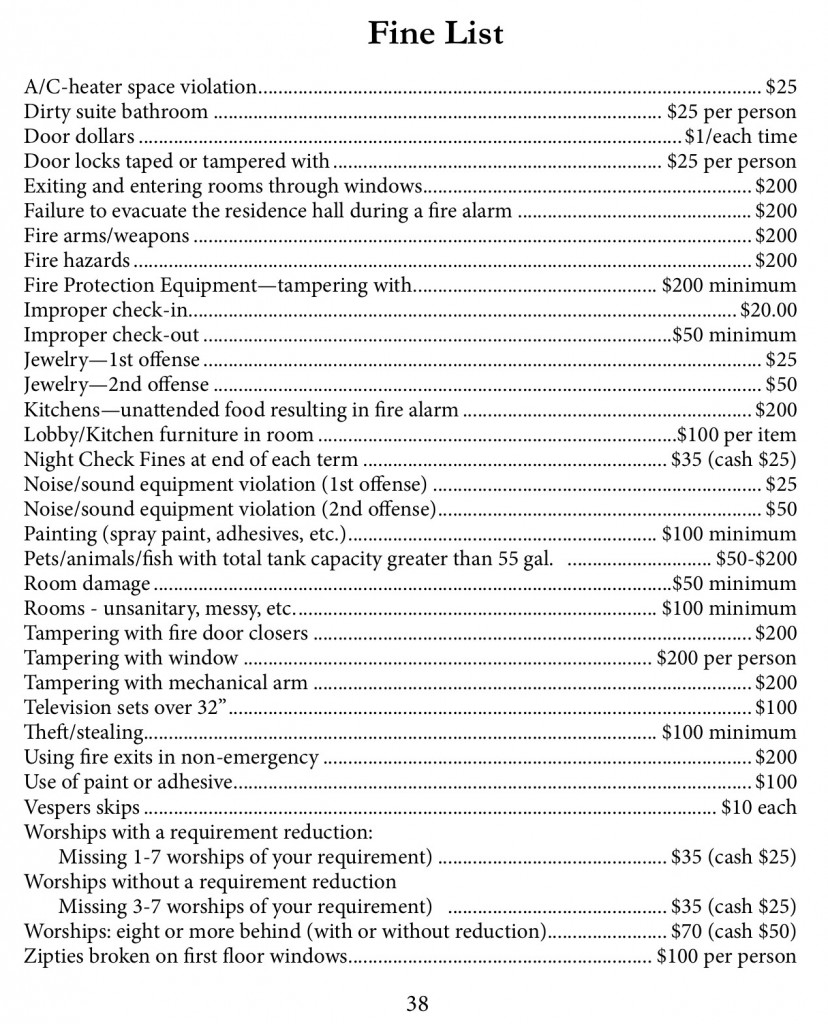 COLLEGEDALE, Tenn. — In a first for Adventist educational institutions worldwide, Southern Adventist University’s Advancement Department has announced an end to all fundraising activities effective immediately. The decision was made possible by what Southern’s administration has described as a “torrent of revenue from student fines.”

“Southern offers a generous menu of fineable offenses,” said Bubba Cummings, a junior accountant in Southern’s Financial Administration office. “For guys alone we currently have a fine list of 36 offenses including five that are public worship related, as well as separate fines for first and second jewelry offenses. We can even fine our students for having television sets larger than 32″. It’s amazing!”

“Everyone knows we run a tight ship here,” said VP for Student Services, John Bakely. “We aren’t apologizing for it and we are delighted that our fine revenues have grown to the point where we are able to build Southern’s future without the hassle of begging alumni for cash.”

Southern’s administration is confident that fine revenues will continue to rise and provide the funds needed to complete major construction plans on the blossoming campus. “To keep up with rising revenue demands the university will simply expand the scope and size of fines,” said Fred Fergusson, the university’s very first VP of Creative Revenue Streams.

Although student government leaders have vowed to protest Southern’s new financial strategy, alumni have reacted very positively to the news. “Quite frankly it was getting tiring hearing about fundraising campaigns every other month. I say fine the kids and leave us alone!” said Sue Chaptan, President of Southern Alumni’s Atlanta chapter.