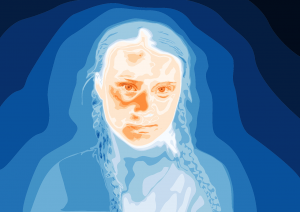 STOCKHOLM, Sweden — The Swedish Union ordained the young activist Greta Thunberg as a climate change prophet this morning in a ceremony attended by absolutely no GC officials.

Although the Swedish Union no longer ordains ministers of either gender, the union said prophets were a “whole different category and, Adventist or not, Greta is a Swede who definitely understands environmental stewardship.”

Thunberg herself did not attend the ordination ceremony as she had caught wind of denominational plans to distribute a billion print copies of “The Great Controversy.”