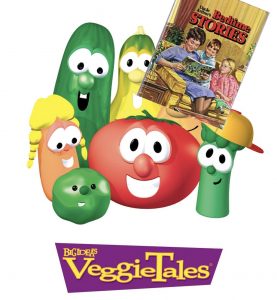 UNIVERSAL CITY, Calif — Announcing the discovery of a “treasure trove of amazing material,” Veggie Tales producers are promising a series of new cartoons based on Uncle Arthur’s bedtime stories.

The limited series will be called The Sevvy Tales and will feature the traditional cast of Veggie Tales characters plus “cameos from Seventh-day Adventist veggie meat products.”

The Sevvy Tales are branded by the Veggie Tales parent company as an “experimental mini-series for a denominational niche market that insists on having a vegetarian version of virtually everything it consumes.”