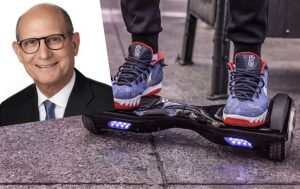 After colliding with a caffeinated North American Division employee zipping through the General Conference lobby on a hoverboard, Wilson dedicated himself to banning Adventist use of the transportation gadgets as well as to tightening security protocol regarding NAD personnel on GC premises.

Wilson explained that — especially as thousands of Adventists had received hoverboard for Christmas — he “could not help but speak out.”

Detailing his reasoning for the ban, Wilson said that quite apart from injury potential, “hoverboards facilitate levitation, a shadowy occult practice.”