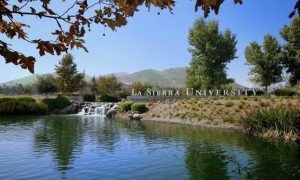 RIVERSIDE, Calif. — A flood of rebaptisms is expected to hit Southern California after a GC edict released earlier today requiring anyone baptized on or near the La Sierra University campus, to seek rebaptism.

The window of invalidated baptisms stretches back to “well before they got into science at La Sierra,” said the GC declaration.

For logistical reasons, local Adventist ministers are calling on everyone affected by the baptism announcement to gather next Sabbath at the Drayson Center in nearby Loma Linda, for a “mass solution to the baptism recall.”