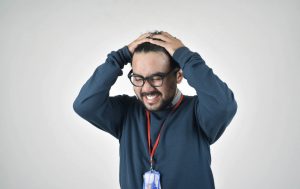 WATFORD, Herts. — A stressed out, nearly-ordained pastor has filed a religious discrimination lawsuit against the British Union Conference of Seventh-day Adventists. The Adventist minister claims the BUC is forcing him to work on Sabbath against his firmly-held religious beliefs.

Pastor Mel Lenyal alleges that despite explaining to BUC leadership that the 10 Commandments clearly forbid his working on Sabbath, he’s been “forced to preach most Saturdays and smile at even the most annoying church members every week for years.”

Lenyal claims he stands a better chance of getting Sabbaths off if he worked at his local supermarket or even his local Catholic food bank.