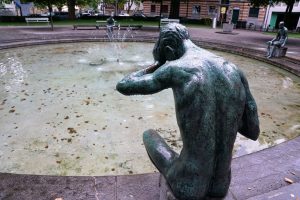 RED AMERICA – After a longed for mid-term red wave failed to materialize, Republican Adventists have likened the letdown to a “Second Great Disappointment.”

“This red ripple is not at all the mid-term we’ve been hoping and praying for,” said Adventist rancher and part-time church secretary, Gunner Howe.

“We’ve literally had our hopes up for two years, hoping for a red wave to rise up and wipe out our foes Charlton-Heston-10-Commandments-style. Instead we’ve got a wavelet at the community pool,” said Howe.

The crushed Republican says that he will band together with other conservative Adventists to petition the NAD for a day of mourning and an official declaration of the Second Great Disappointment.

Howe’s also asking Adventists to come to church in sack cloth and ashes next Sabbath.