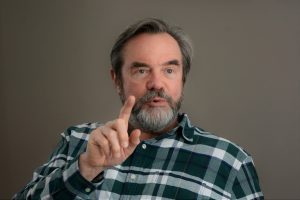 COLLEGEDALE, Tenn. — Doug Digger breathed a sigh of satisfaction from his ivory tower balcony today as he released what he called a “wrinkle-free” version of the Bible. In the run-up to the release, Digger had carefully reinterpreted every complex part of Scripture so as to fit his doctrinal views perfectly.

“With the Digger Improved Version, you need never have questions again,” he triumphantly told his followers, saying that the only reason parts of the Bible had seemed confusing in the past was that he had not yet had the chance to shed light on them.

High-fiving disciples that were relieved they’d never have to think or pray for themselves again, Digger announced that his next project was his own “updated and clarified” version of Ellen White writings that he promised would “end reasonable debate forever.”